Happy couples don’t make good stories – or do they? 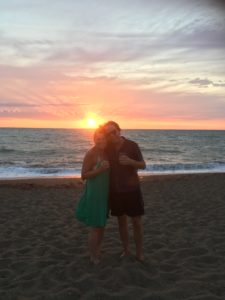 It was whilst strolling through a campsite full of families this summer that a, perhaps trite but nonetheless welcome, thought came to me: there are a lot of happy couples in the world. OK, so there were the usual outbreaks of bickering, of shouting at children, of groaning at items forgotten or demands for food but on the whole most of the couples at the head of these lively little groupings were looking at each fondly, supporting each other and even holding hands. Yes – couples of many years standing actually wandering around holding hands as if they were in love. Who’d think it?!!

We tend as novelists, and also just as innate human gossips, to focus on romantic problems – both our own and those of others. We tend to zone in on tensions and arguments, on affairs and deceits and people ‘falling out of love’ or failing to find it in the first place. It’s understandable – those are the dramatic elements of life so become automatically noteworthy. But I think it’s important to remember that whilst there are plenty of people with romantic (and other) problems – and, Lord knows, we’ve all been there – there are also great swathes of the population who are trotting along, largely getting on with their other half and being reminded every so often of just how great they are and how much better their life is for having them in it. It’s not especially exciting but is it not, really, the most romantic thing of all? 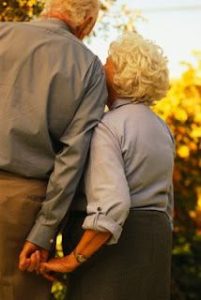 When I was approached to work on the idea of what eventually became Bonnie and Stan, I found it really refreshing to start thinking up a story about a couple who had been happily married for a long time and, perhaps most importantly of all, still were. The problems that they face are nothing to do with how they feel about each other. Inevitably, as they deal with Stan falling ill, they uncover elements of their relationship over fifty long years that they had both interpreted differently and even feelings that they’d kept largely hidden but on the whole Bonnie and Stan opens with the eponymous pair loving each other and ends with them still feeling exactly the same way. They have been on a journey – and a tough journey at that – but it is one that is underpinned by their love of each other and of their shared lives and loved-ones.

You could argue that that’s a bit boring. Where is the roller coaster of a ‘proper’ romance? Where is all the ‘will boy meet girl’, ‘will boy be brave enough to admit his true feelings’, ‘will girl forgive boy’, ‘will boy forgive girl’? But let’s face it, most of us, if we’re lucky, only spend a portion of our lives in that maelstrom of dating hell. A lot of us, if we’re really lucky, spend far longer getting into bed every night with the same person and whilst that can – let’s be honest – be a bit boring at times, isn’t it, at heart, inherently brilliant? And shouldn’t that be celebrated in our novels? 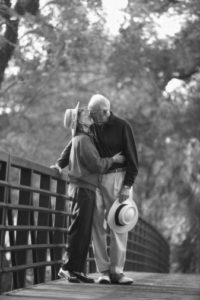 The lovely Kirsten Hesketh (whose own debut novel Another Us will explore a married couple dealing with tough times) was kind enough to recommend Bonnie and Stan to the Radio Berkshire book group and described it as a novel of ‘mature love’ – something that the presenter laughed at (in a nice way) and that her husband apparently mercilessly teased her about afterwards. Personally, I thought it was an excellent description of the relationship in the book and of the passage of human time generally. One of the things I was trying to convey was the subtle differences between how comfortable Bonnie and Stan are together after fifty years of marriage, and how charged and uncertain they were in the Sixties sections in which they first meet.

There is no denying the electric thrill of meeting someone new and the explosion of a first kiss. But there is also no denying that being like that every day of your life would be exhausting. There’s a lot to be said for turning to each other and going ‘do you remember when?’, or watching your other half dancing like a loon and feeling suddenly soppy about them, or seeing them upset and realising how very much that hurts you too. The point at which two lives suddenly fuse is a dazzling one but the continued intertwining of those lives, of their hopes and joys and shared relationships with others is an ongoing warm glow and that is a thing to be treasured as well. Let’s face it who doesn’t like a mature cheese, or a mature wine? Some things age well and I hope that love is very much one of them.

I am delighted to say that I’m far from the only author writing about well-established partnerships. The fabulous Together by Julie Cohen explores this in a unique and very touching way. The marvellous Us by David Nicholls explores a man revisiting his marriage and finding the joy in it once more and Rachel Joyce’s wonderfully unusual The Unlikely Pilgrimage of Harold Fry is underpinned by the excruciatingly unspoken but very real relationship with his wife. I loved all these books and am delighted that thousands of others readers have done so too.

So here’s to ‘mature love’ – to the romance of being with someone for a long time, through all the ups and downs that brings. And here’s to celebrating their stories in our novels! Being married doesn’t mean being boring. Or not all the time… 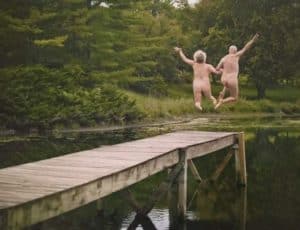